Don Desper is an artist working in Pawtucket. He submitted some interesting work to ART SPEAKS OUT, and the statue he is standing with in his portrait is layered with texture and details. Beyond this, I'll let him speak for himself.

I’m called Don Desper
The sculpture is called “The Widow”
I use to take the Time/Life book about
Michelangelo to bed with me when
I was a child
I never read it
I love volleyball
I’ve had sixteen operations
I’ve broken both arms and legs
I can’t remember not making art
I’m from Walnut Creek CA
I went to six different colleges
I have a garden
I’ve written over three thousand poems
and over fifty songs
I spent a year in an ashram
I’m a non-believer
I play the ukulele
I’m poor
I think I’m a good person, some don’t
I hitchhiked over twenty thousand miles
Bill Nye and I were born on the same day
I don’t have any children
I don’t have a car
I feed the birds
I’m a stoic
I know a lot of stuff
I have a hard time remembering
I like short western films and vodka
I’ve never owned a gun
I don’t like brushing my teeth
I don’t use weed eaters or dish washers
I love watermelon
I can’t spell
I have a clawfoot tub in my studio
I try not to think about killing myself
I don’t have a favorite color
I moved to RI in 2017
I’ve had a hard time but
I like it here
. 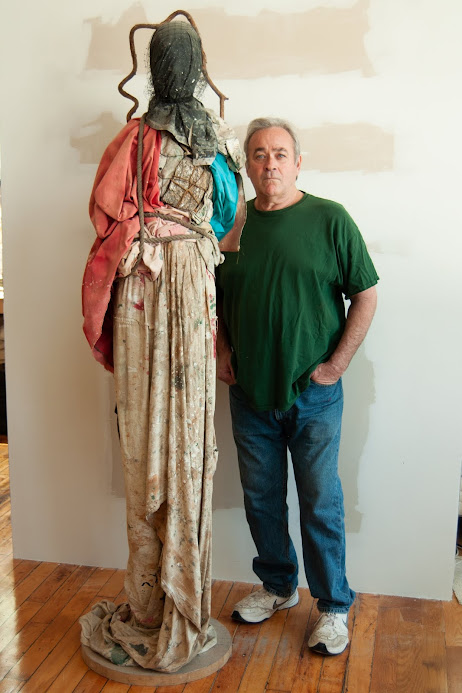 Posted by Robert at 7:50 PM No comments:

Karen Rand Anderson's paintings are energetically rendered studies based on fragments of landscape imagery that reflect her personal connection to beauty and place. Her assemblage of natural elements asks questions about the relationships between materials, physical and emotional tensions, and metaphor.
Karen is participating in the Windows on Pawtucket project that is sponsored by Art League Rhode Island and the Pawtucket Foundation. https://artleagueri.org/windowsonpawtucket/. Her work is at 2 Bayley St., the  Farm Fresh Rhode Island store.
No one is more deserving of a place in this blog; she lives alongside the Blackstone River!
https://www.karenrandanderson.com/ 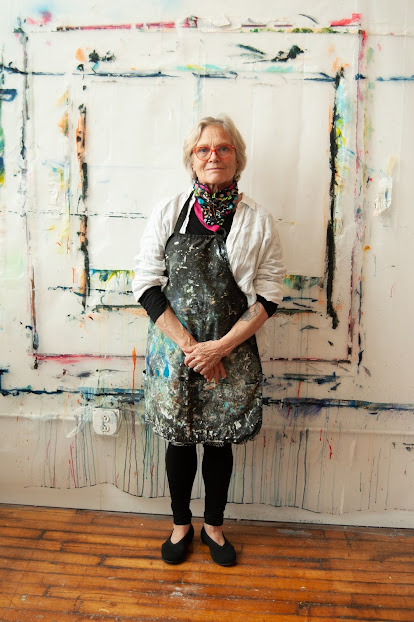 Posted by Robert at 8:01 AM No comments:

Anastasia Azure is a weaver creating sculptural art that evokes serenity and well-being. Interlacing wire and hand-died nylon, her graceful billowing forms utilize an ancient Peruvian technique to express a timeless, infinite cosmos.
In addition to her undulating sculptures, her work includes jewelry,  woven small-scale adaptations of her larger pieces, in silver and gold. She also offers custom-sized prints and site-specific installations.
Links to her portfolio, workshops, and many spectacular images can be found at
https://www.anastasiaazure.com/ 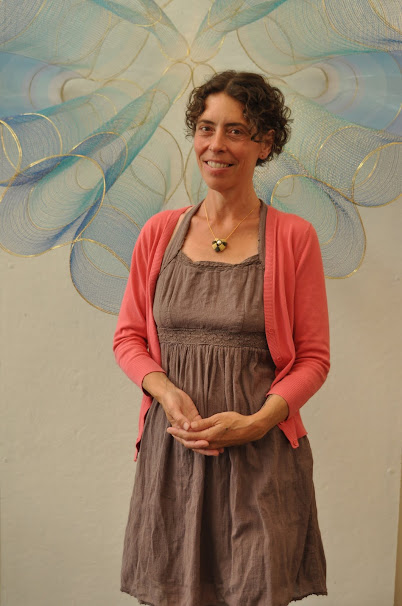 Mark Taber is a musician and creator of eclectic assemblages of found objects and materials. His work is meticulously handcrafted and wildly creative. Some of Mark's work is currently on display in the Windows on Pawtucket project organized by Art League Rhode Island and the Pawtucket Foundation. His work is at 238 Main St.

https://artleagueri.org/windowsonpawtucket/
In addition to his artistic/creative skills, Mark is a gifted pianist, and has been heard at many gallery openings and concert venues throughout Rhode Island. His current outdoor gig is at Chez Pascal on Hope St. 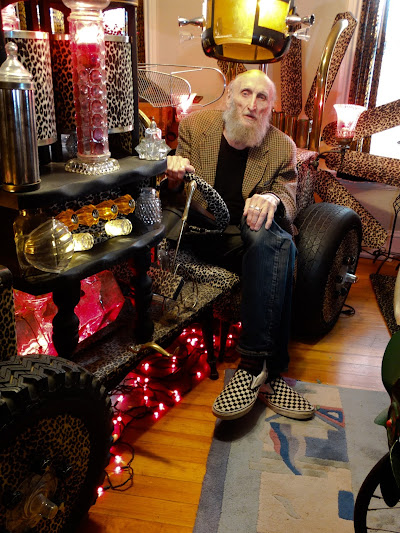 Posted by Robert at 4:25 PM No comments:

Wow! It has been a long time. Stay tuned for a new project.

Posted by Robert at 9:50 AM No comments:

I love the patterns and colors of the merchants' stalls as they display their wares. Shirts, underwear,  potatoes, tomatoes, dried fish and are all proudly and colorfully displayed. Sadly, you cannot hear them, because they are quite energetic in their exhortations to purchase. Luckily you can't smell them because, well, never mind...

From Pawtucket to Bangkok, street markets have been a vital destination for me. They all have the common elements of color and texture, sun and shadow, sounds and smells. But each has its own unique personality.

The Hope Street Organic Market in Pawtucket, RI is a distinctly yuppie place.
Outside the Spice Market in Istanbul is a raucous, aggressive Turkish place.
Ulus street market (also Istanbul) is a little quieter and more workaday.
Chatachuk Market in Bangkok is filled with riotous colors, intriguing artifacts and asian treasures, and lots of quiet, respectful shoppers and merchants.
Aleppo souk, sadly, is gone now.
The Sunday market in Nice, France,  was the first market I truly loved. Rich with produce, flowers, treasures and treats, I've never been able to buy any of the 5' x 7' vintage travel posters.

Downtown San Salvador is my most recent market. Blocks and blocks of downtown, surrounding the central square and government building are given over to selling all forms of necessities. Clothing, hardware, vegetables, medical herbs, books, watch repair, appliances and chicken feet are all available.

This is the Men's and Women's Clothing Department: 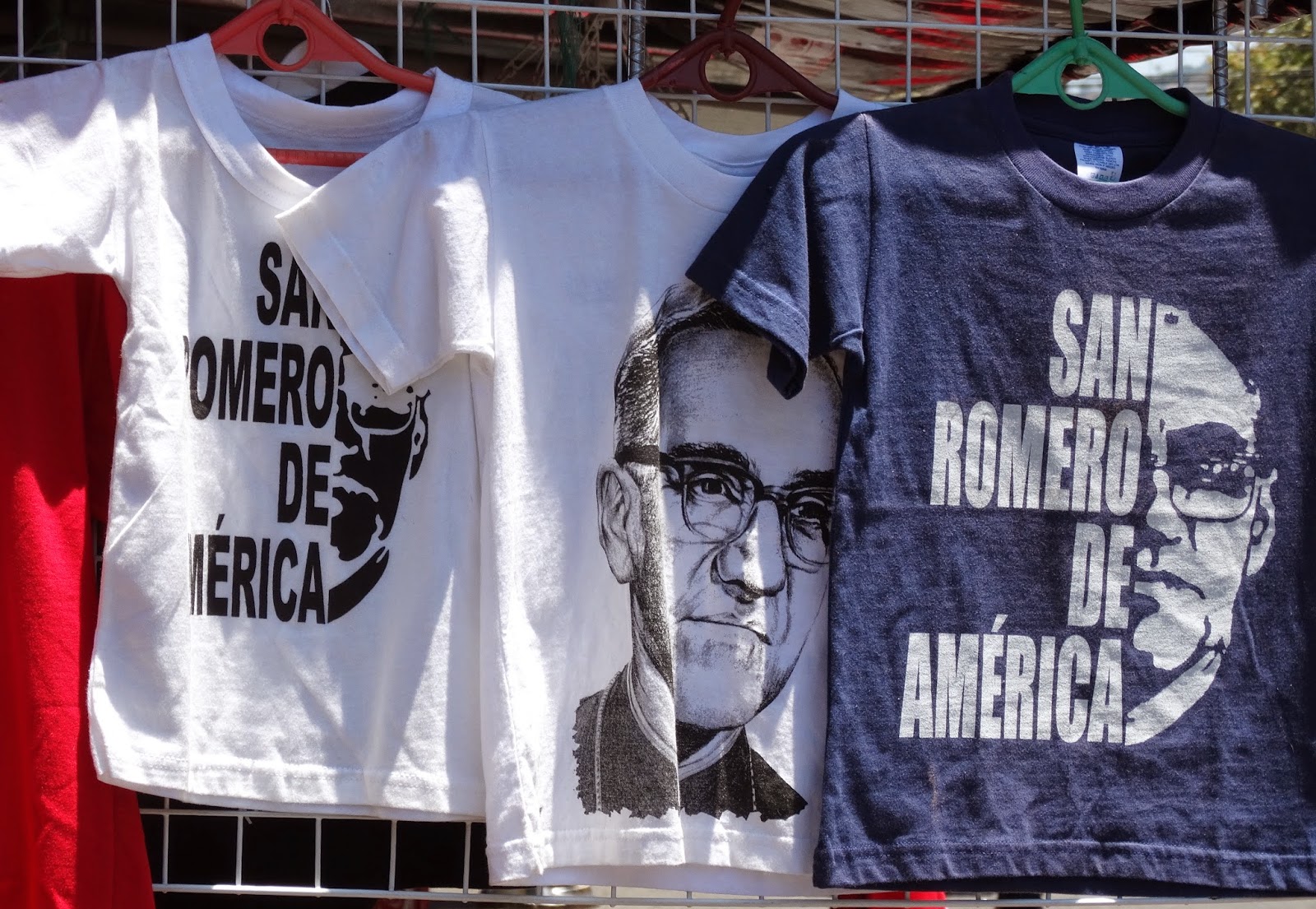 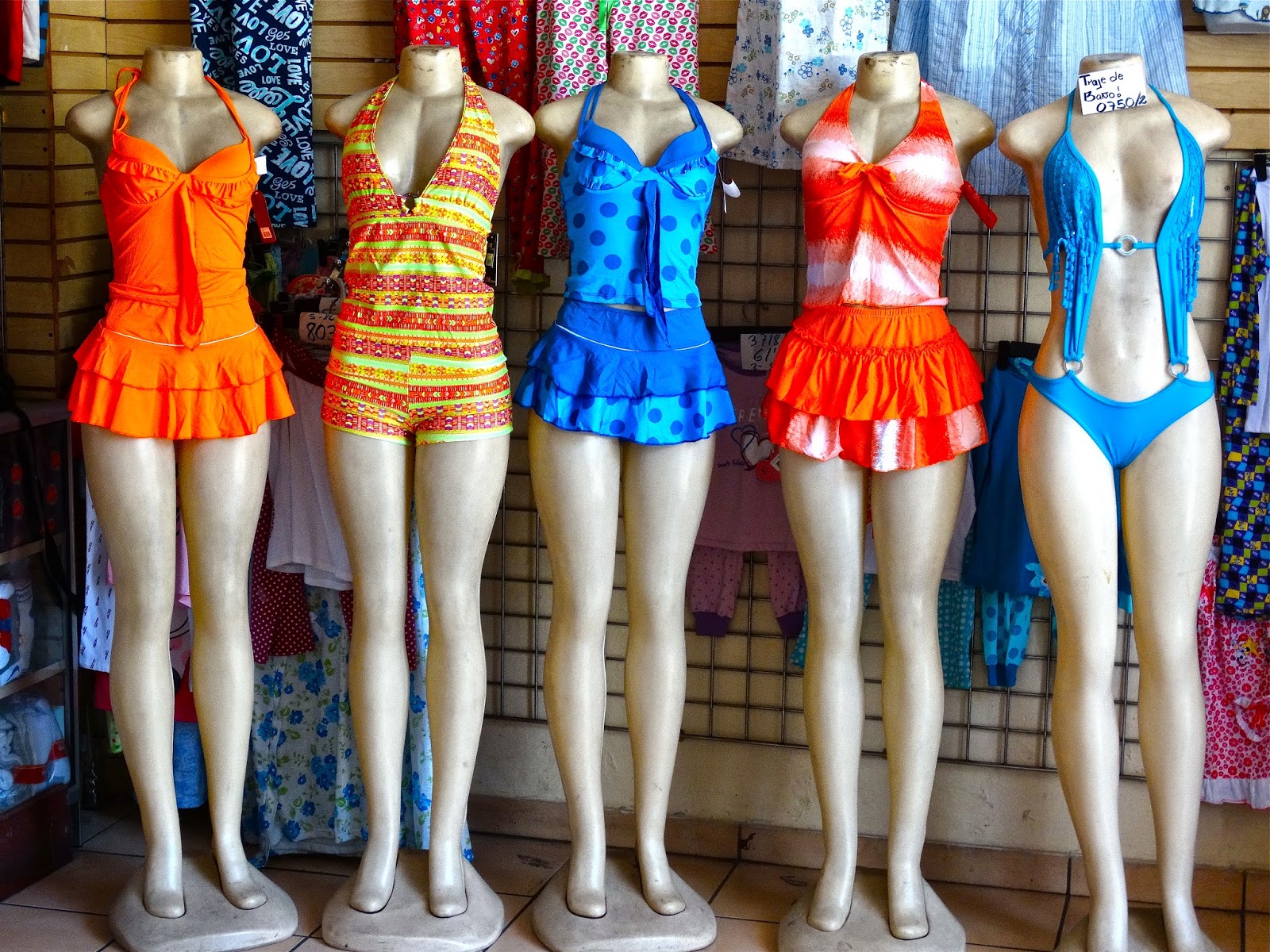 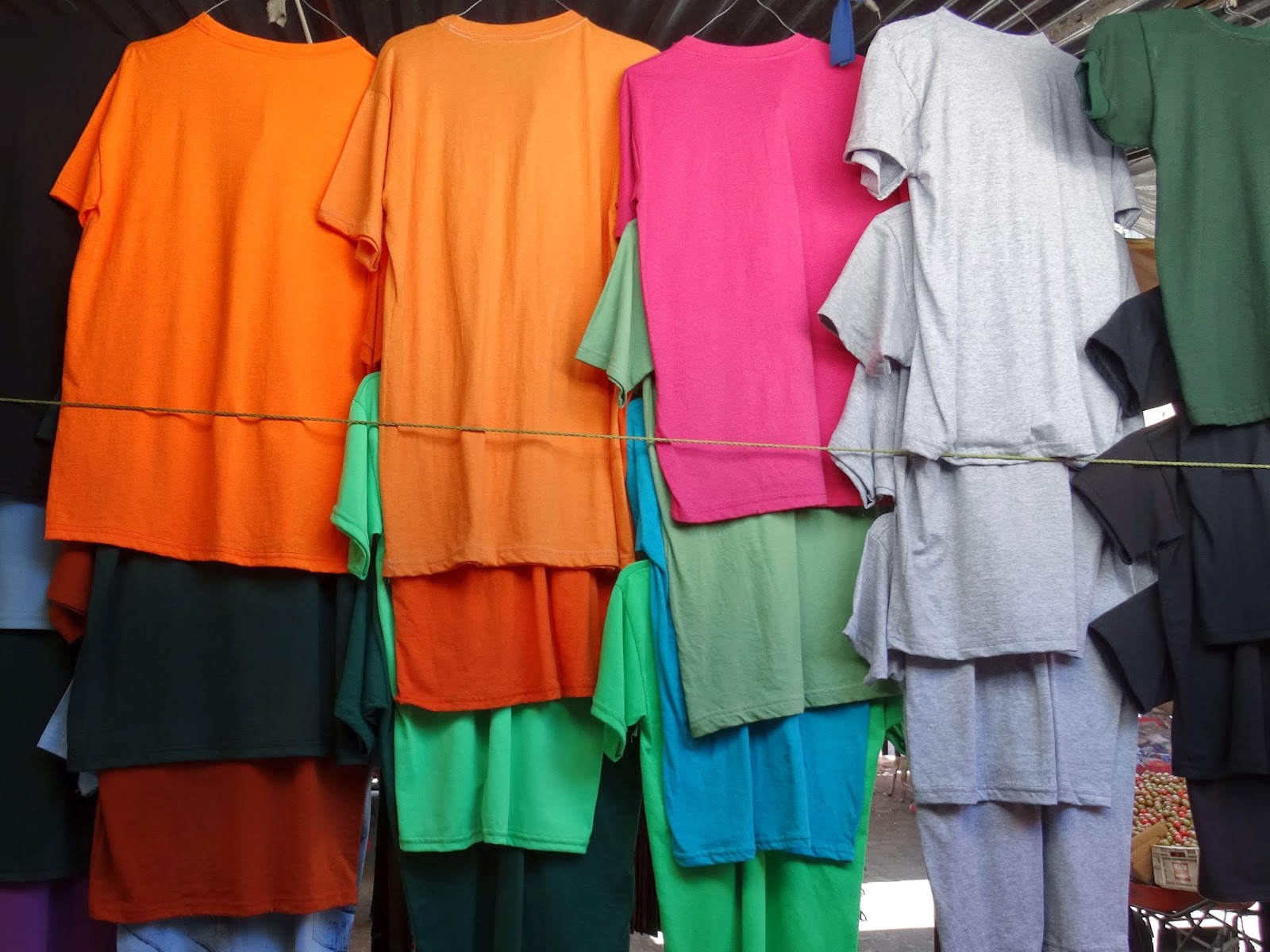 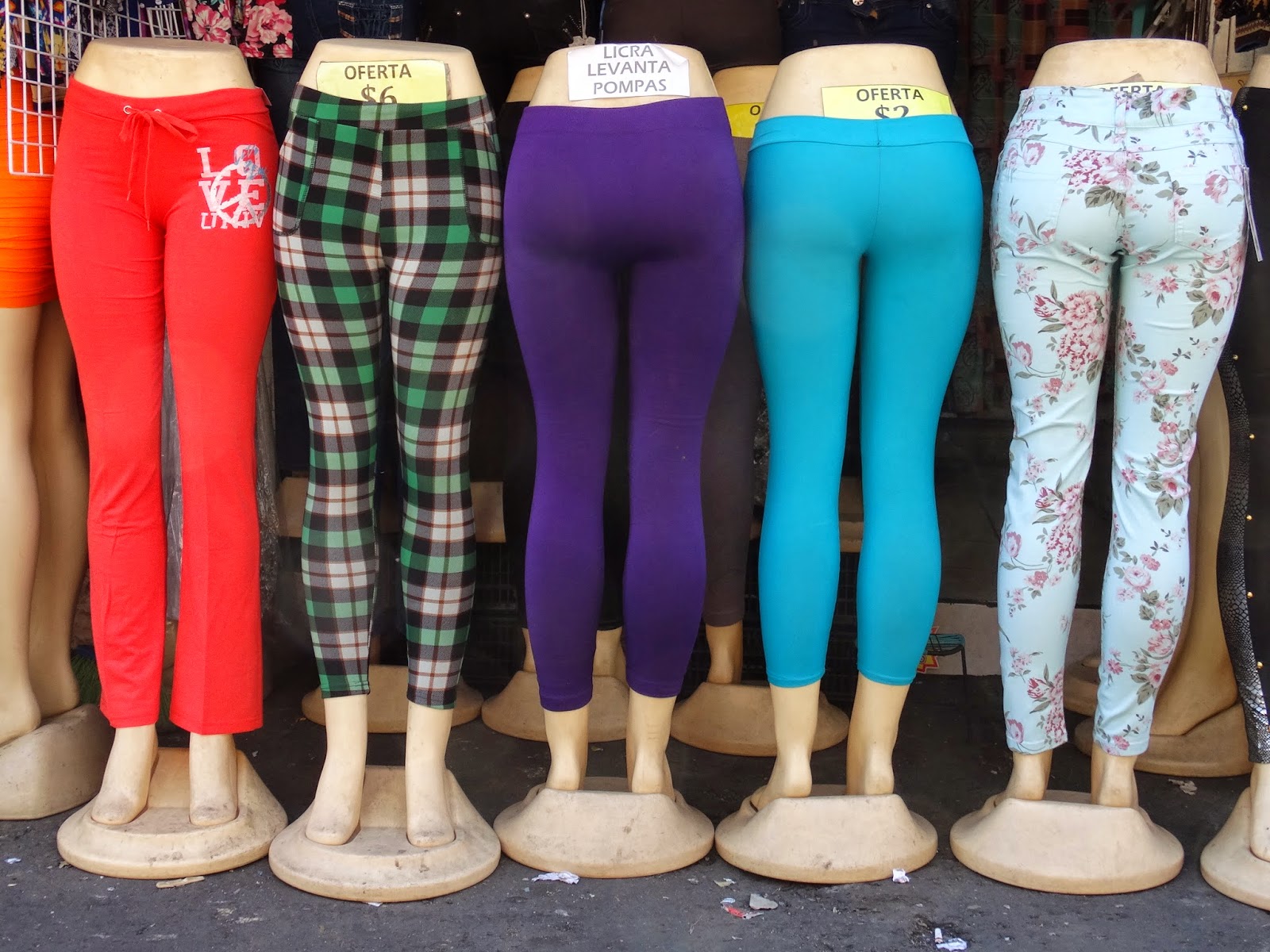 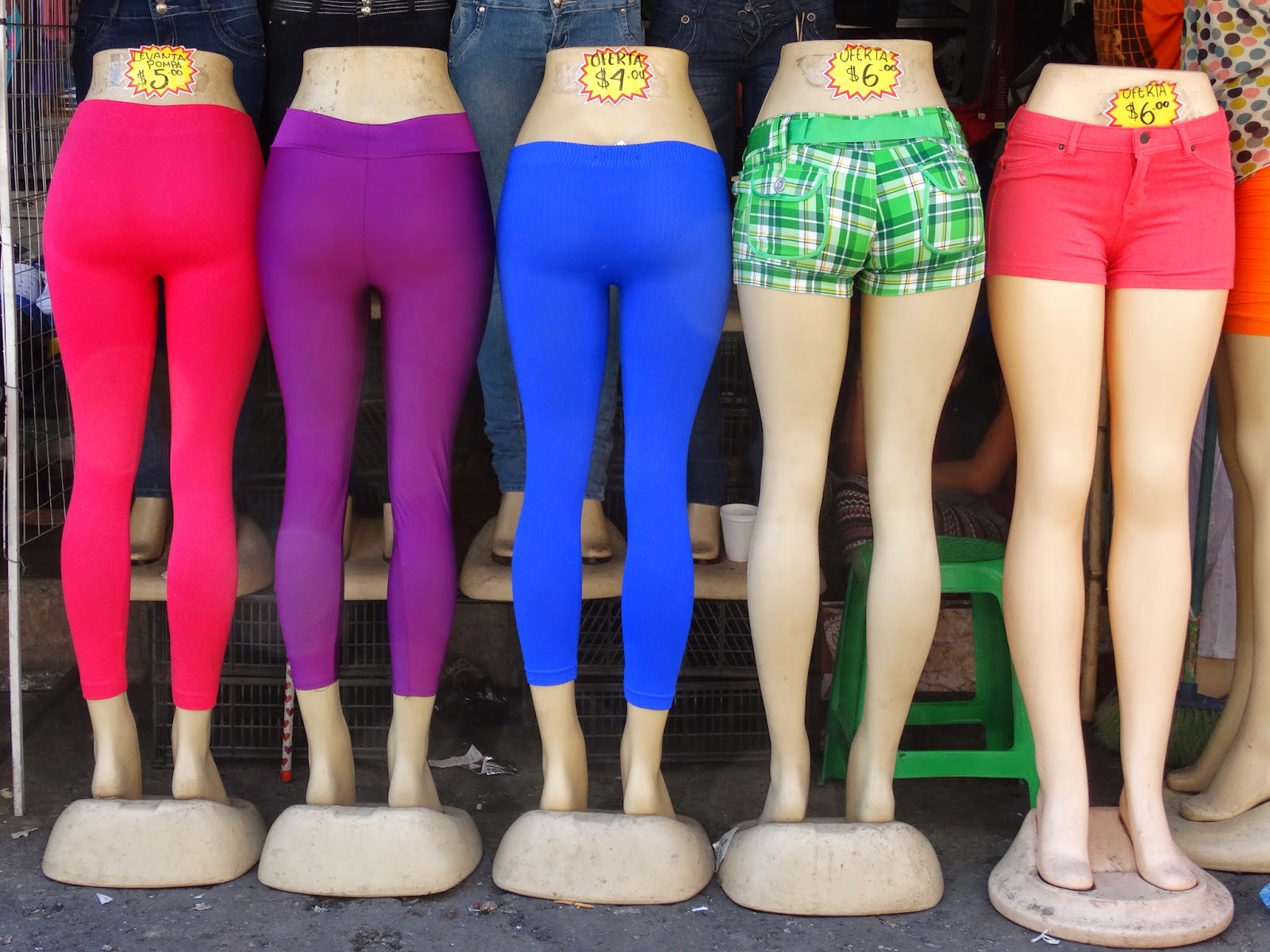 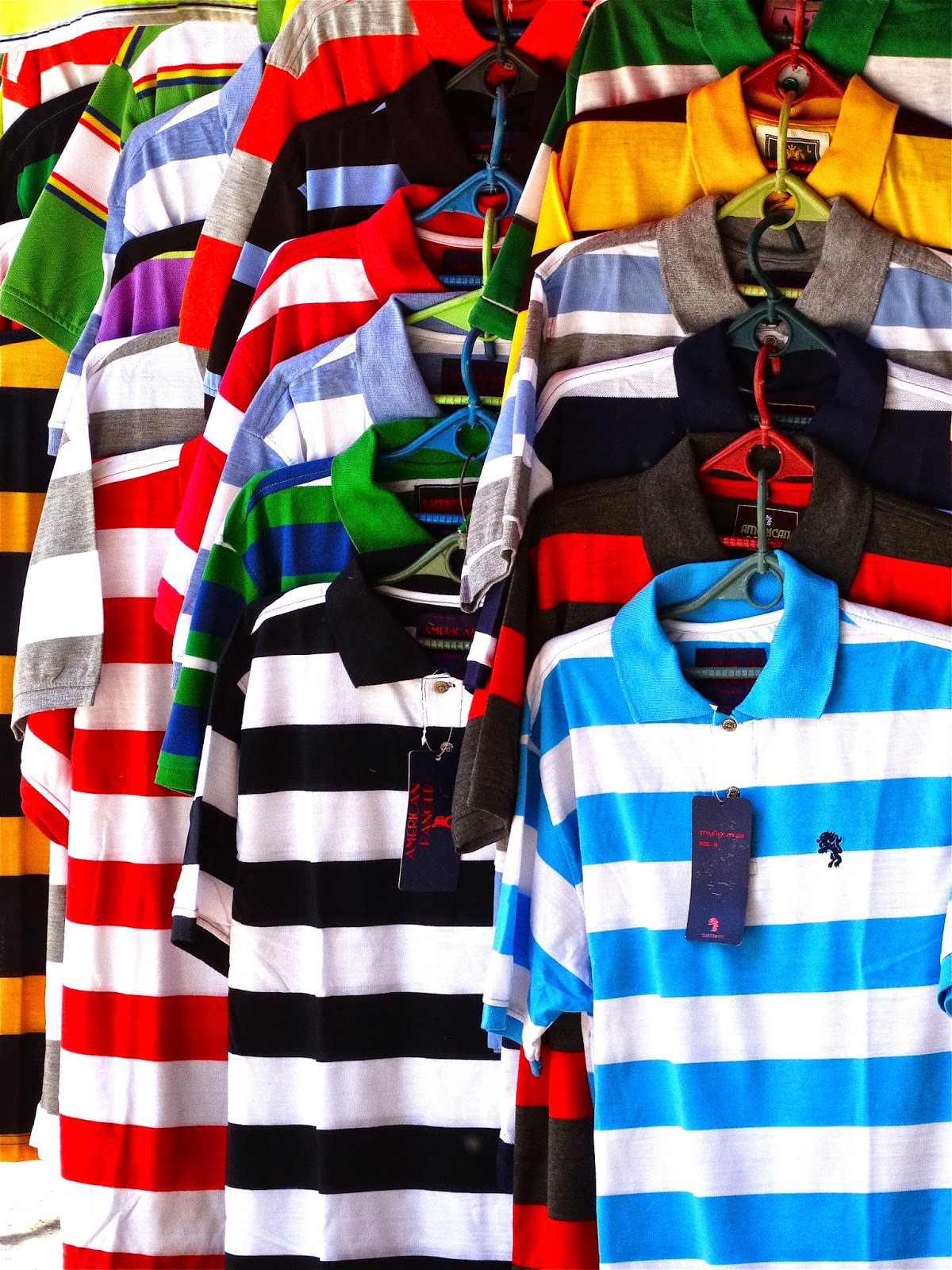 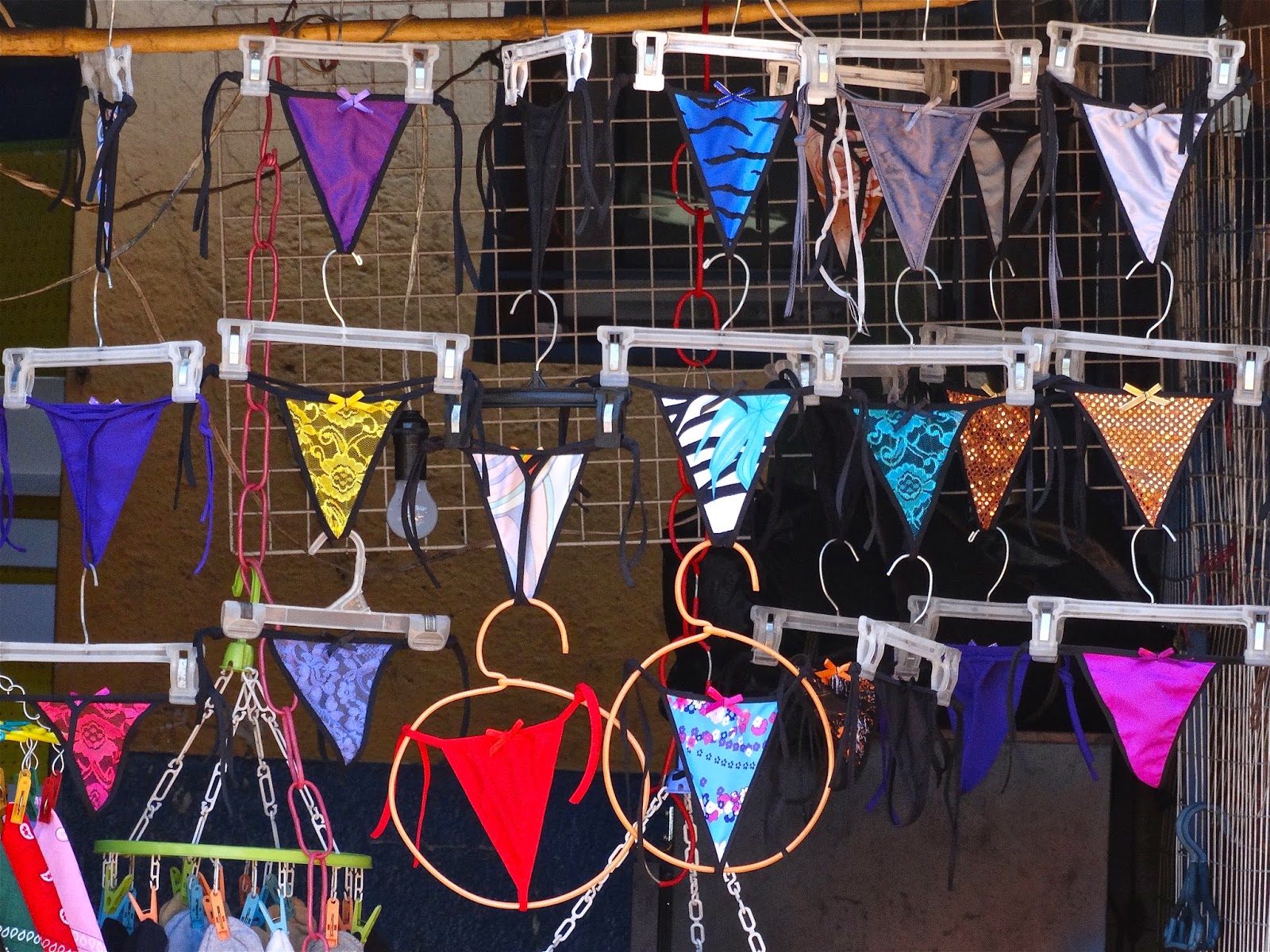 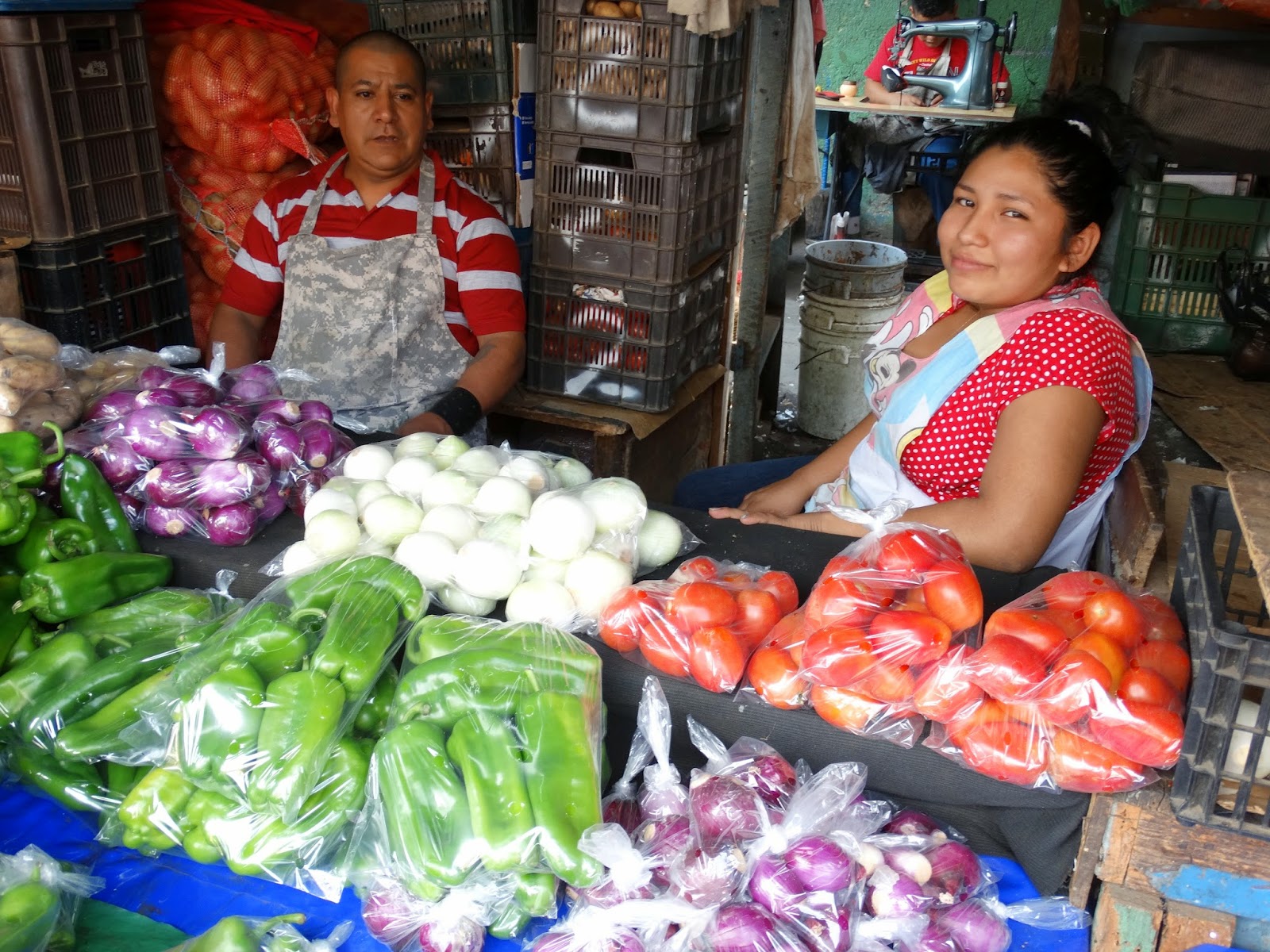 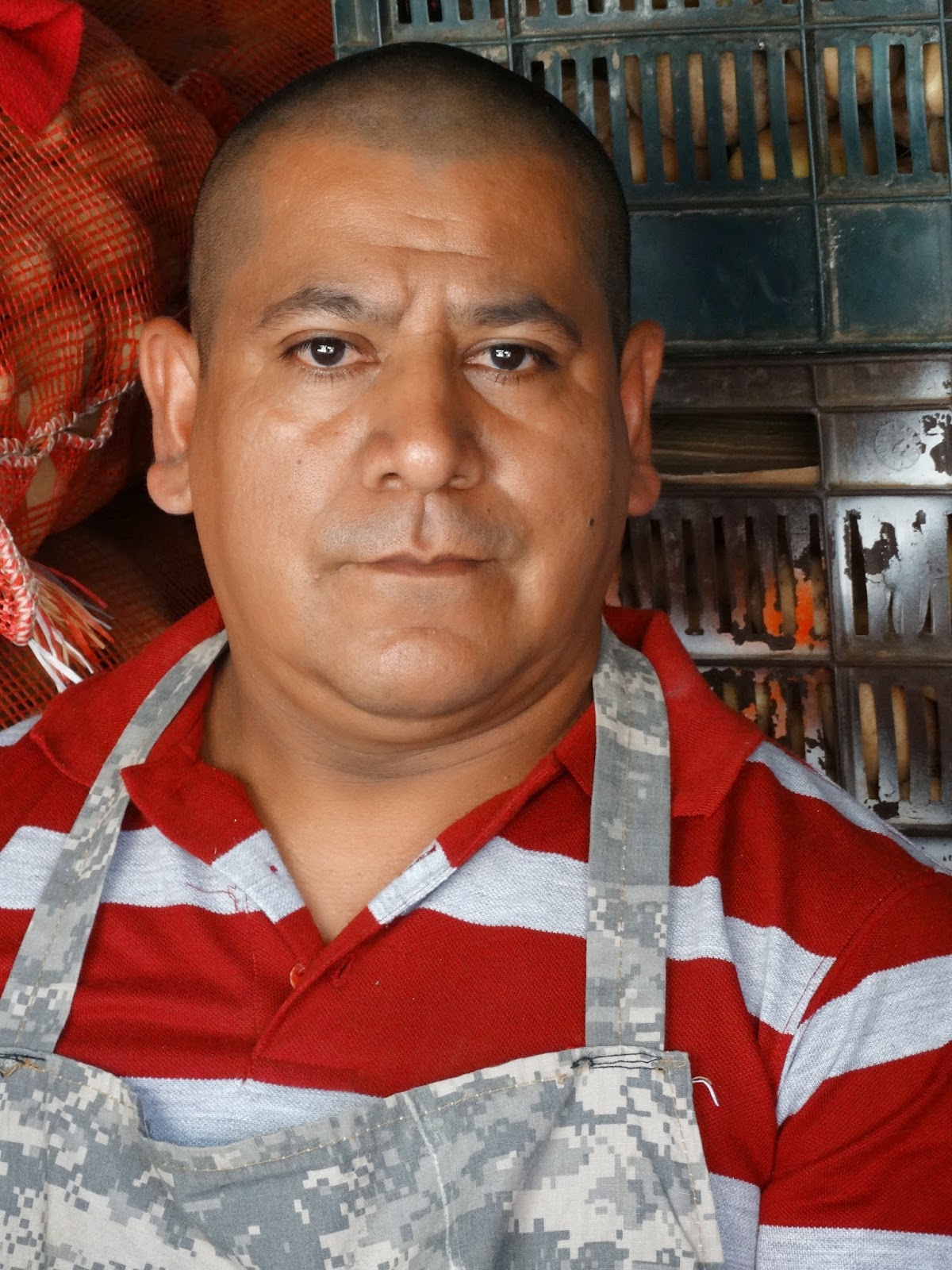 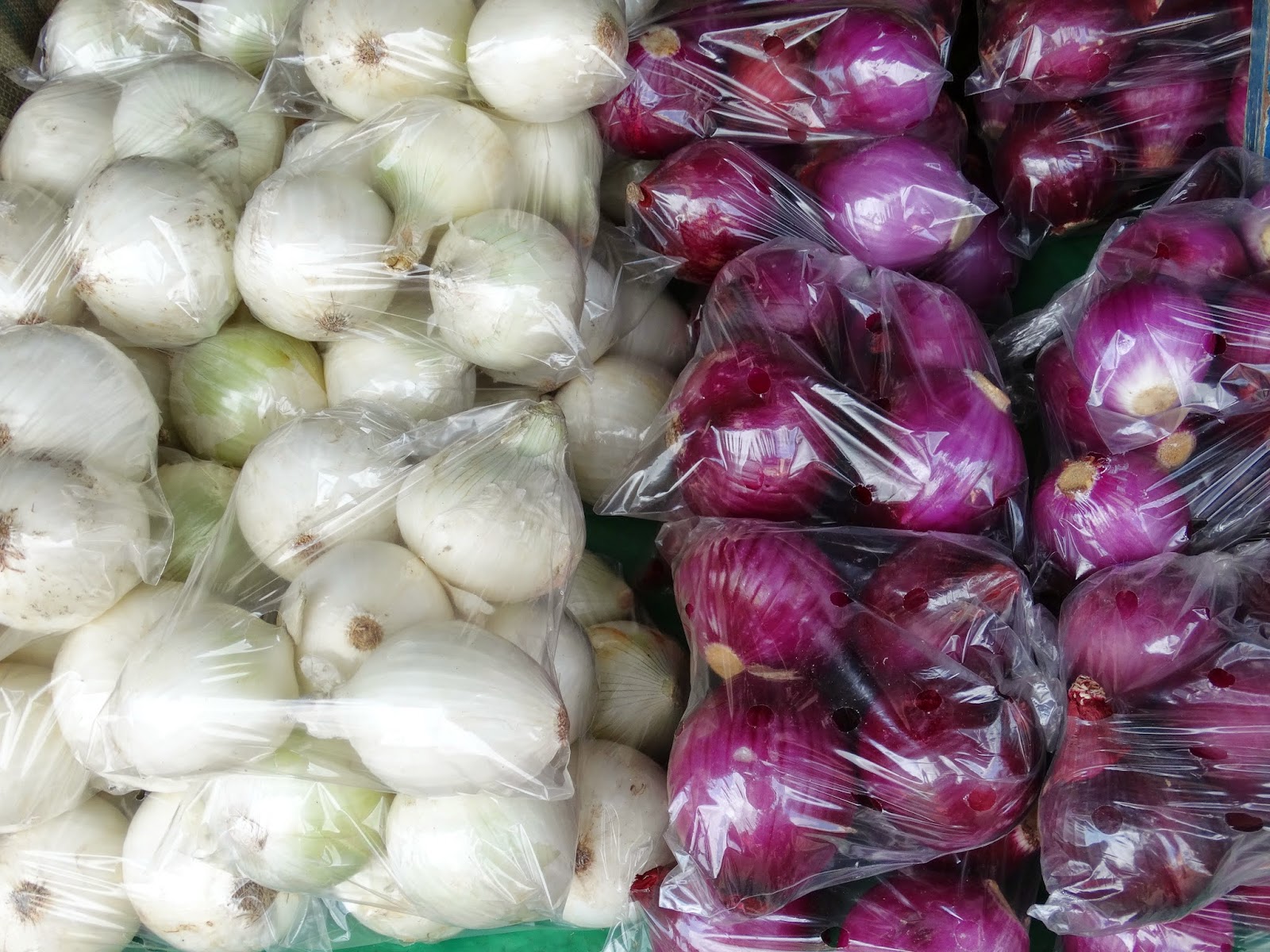 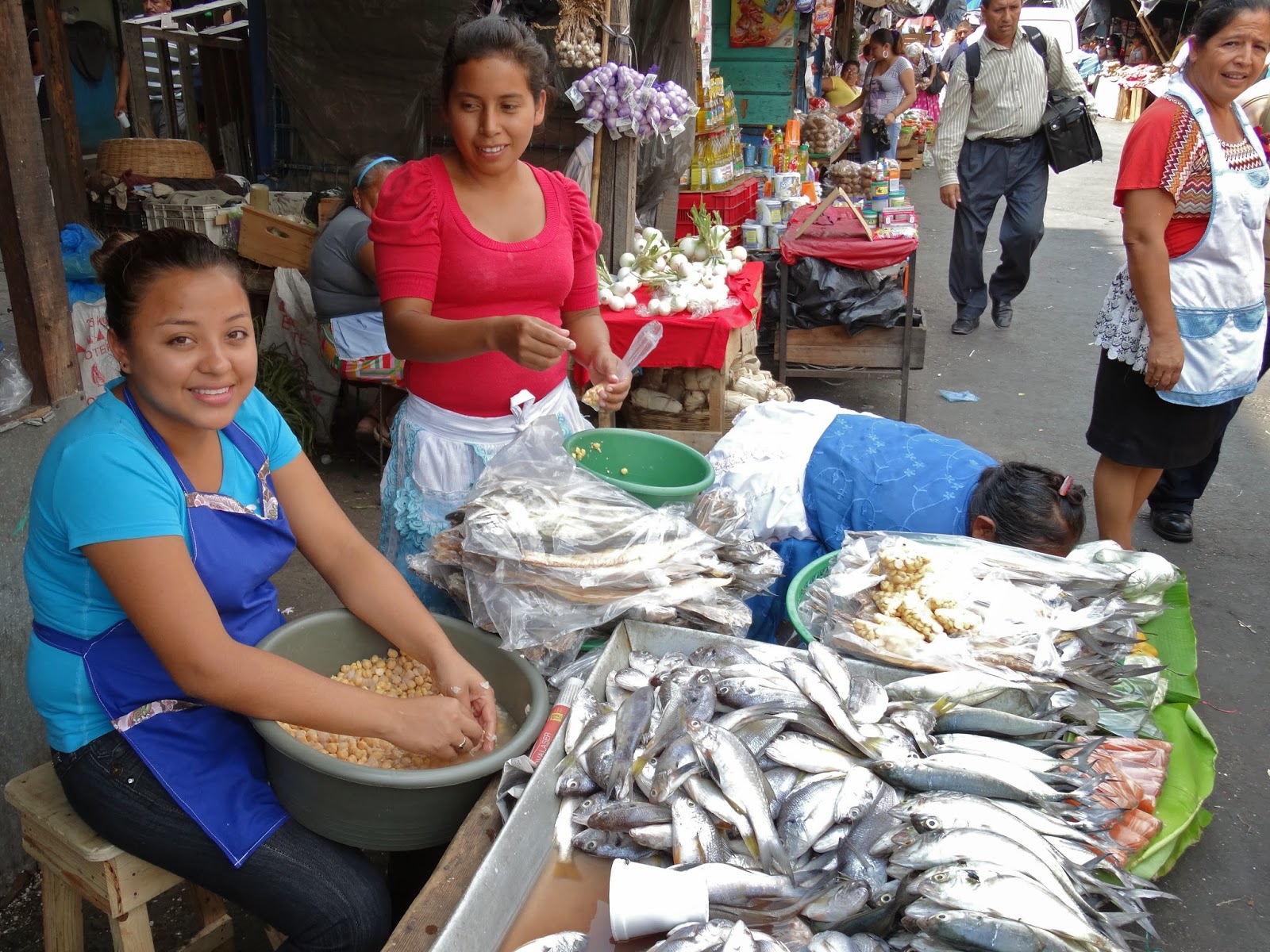 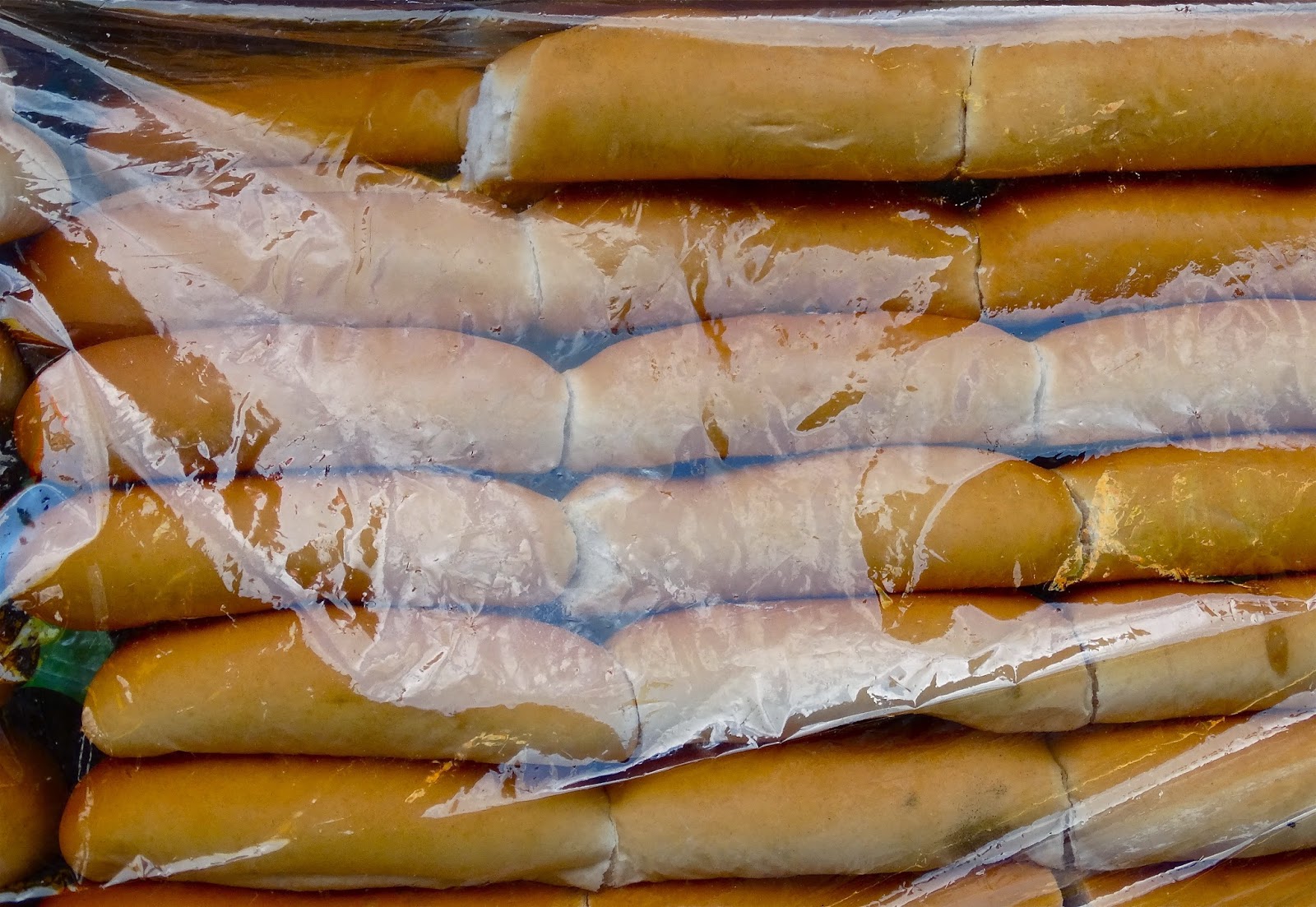 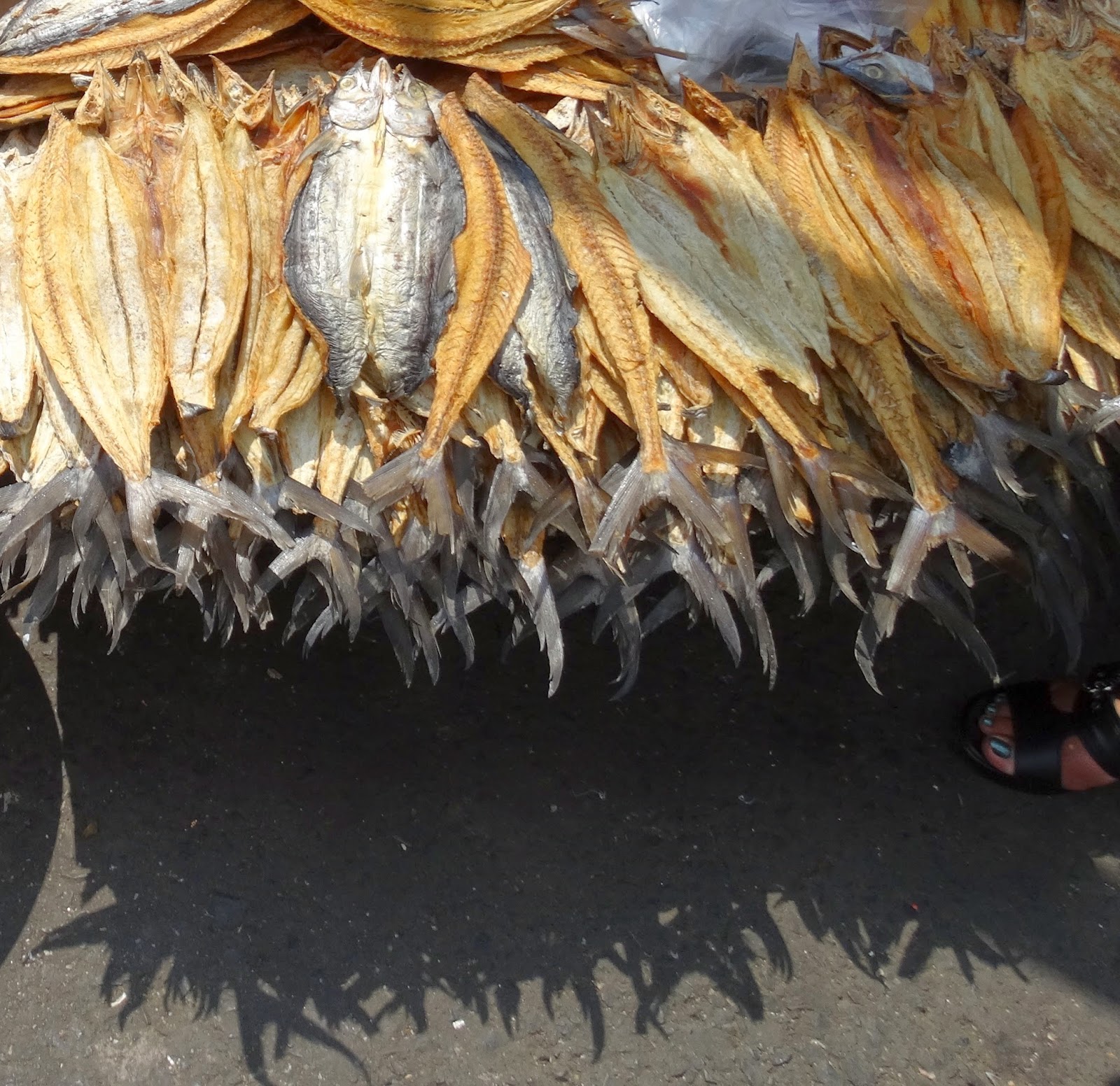 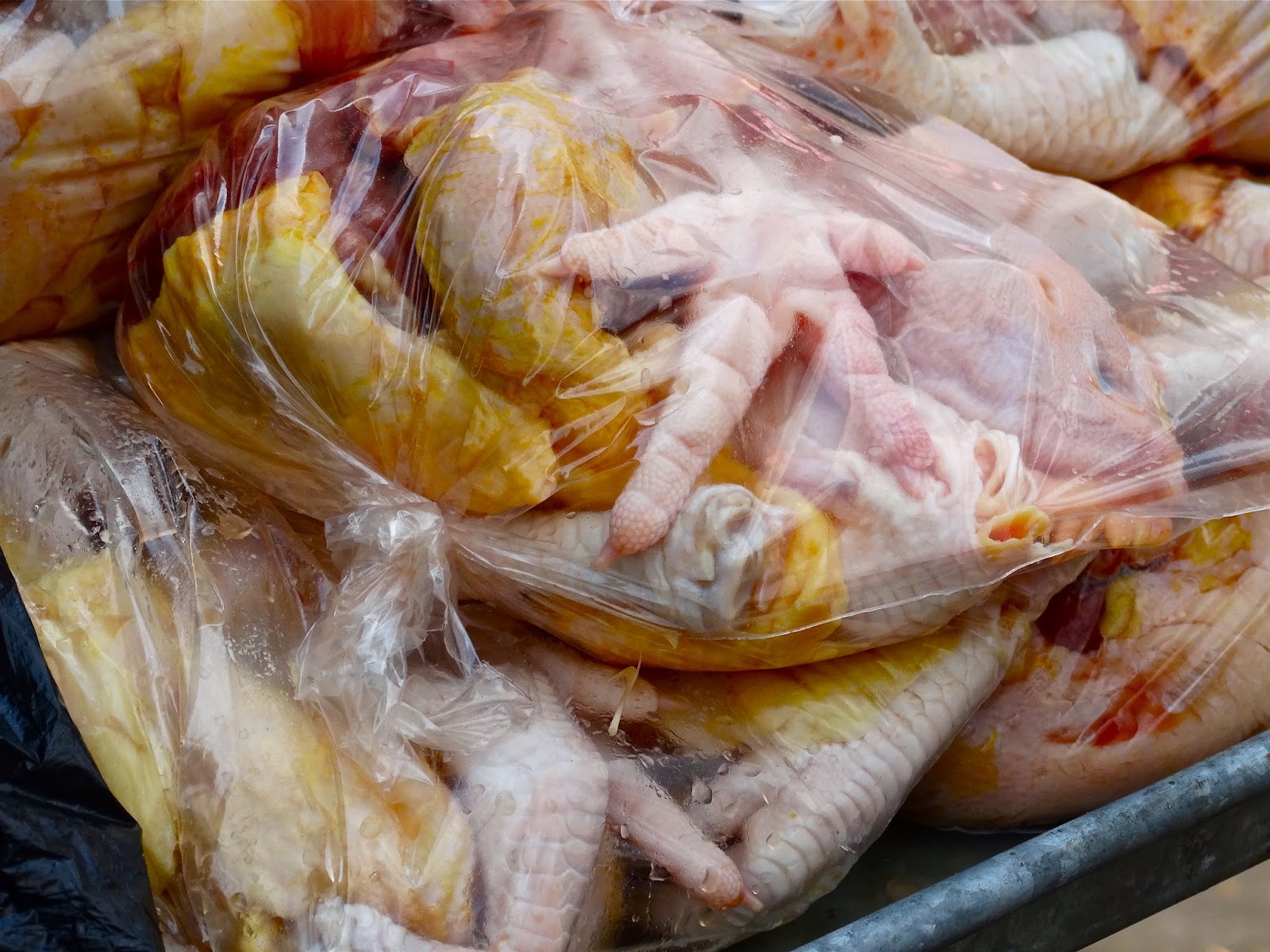 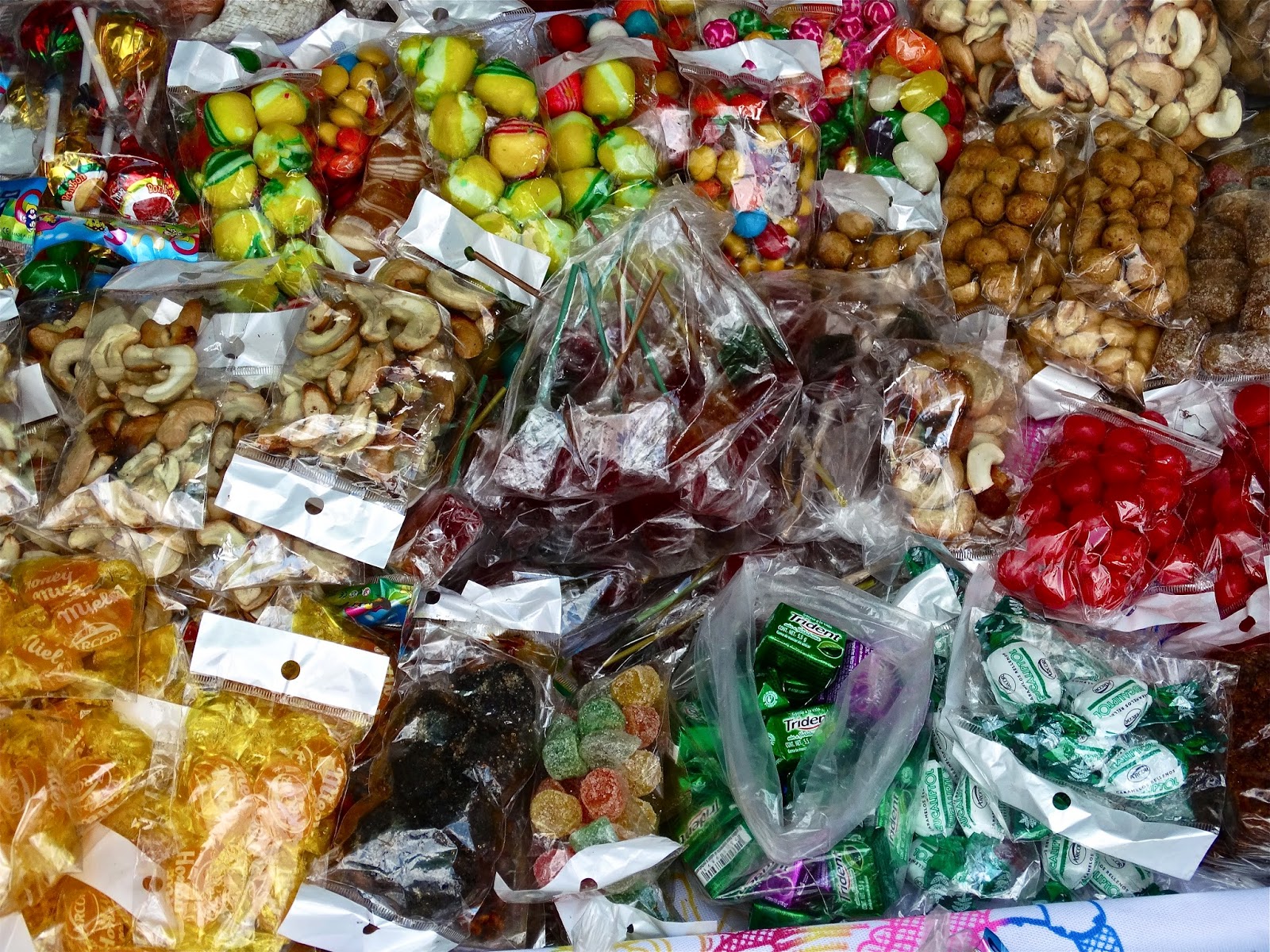 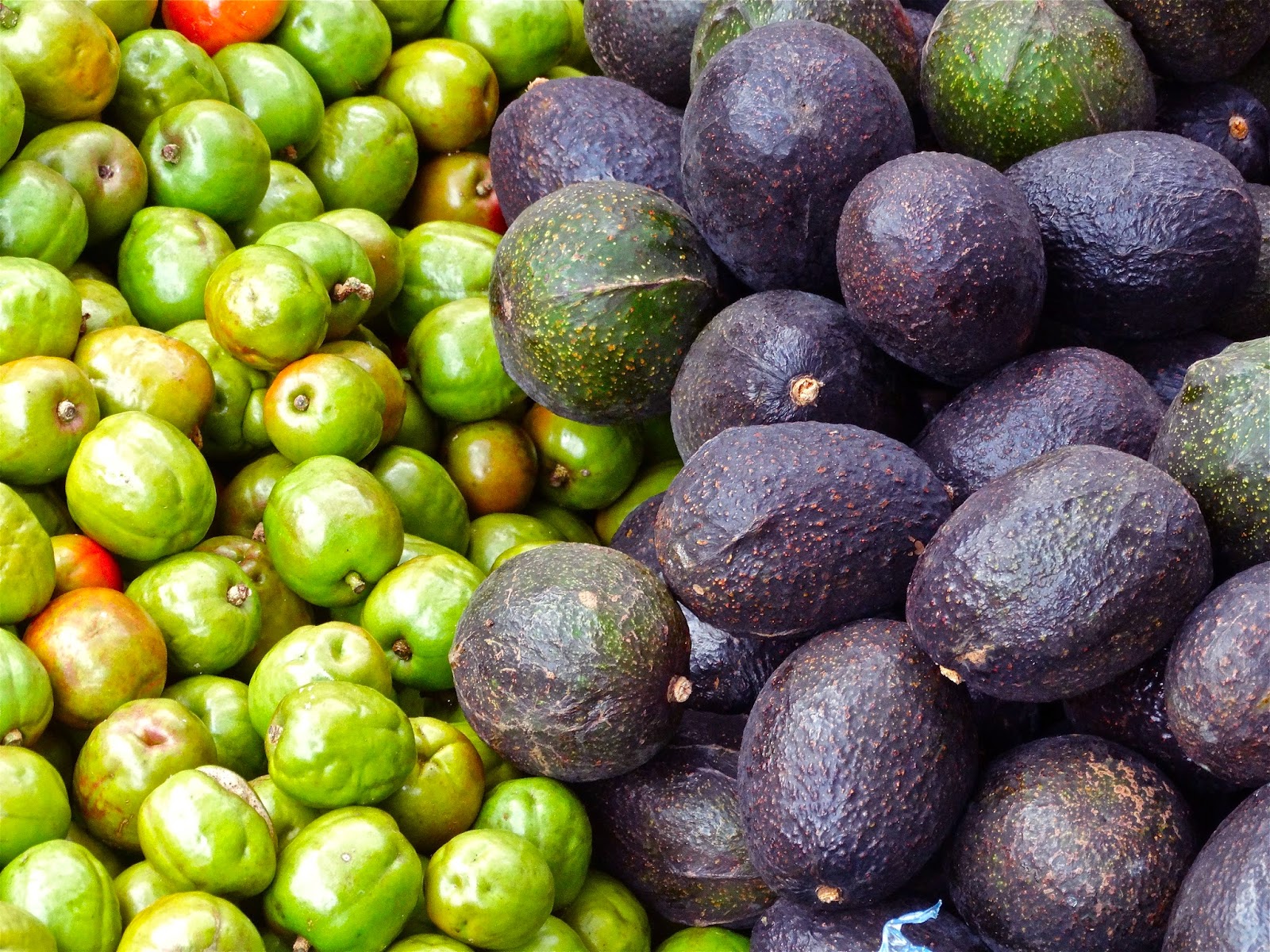 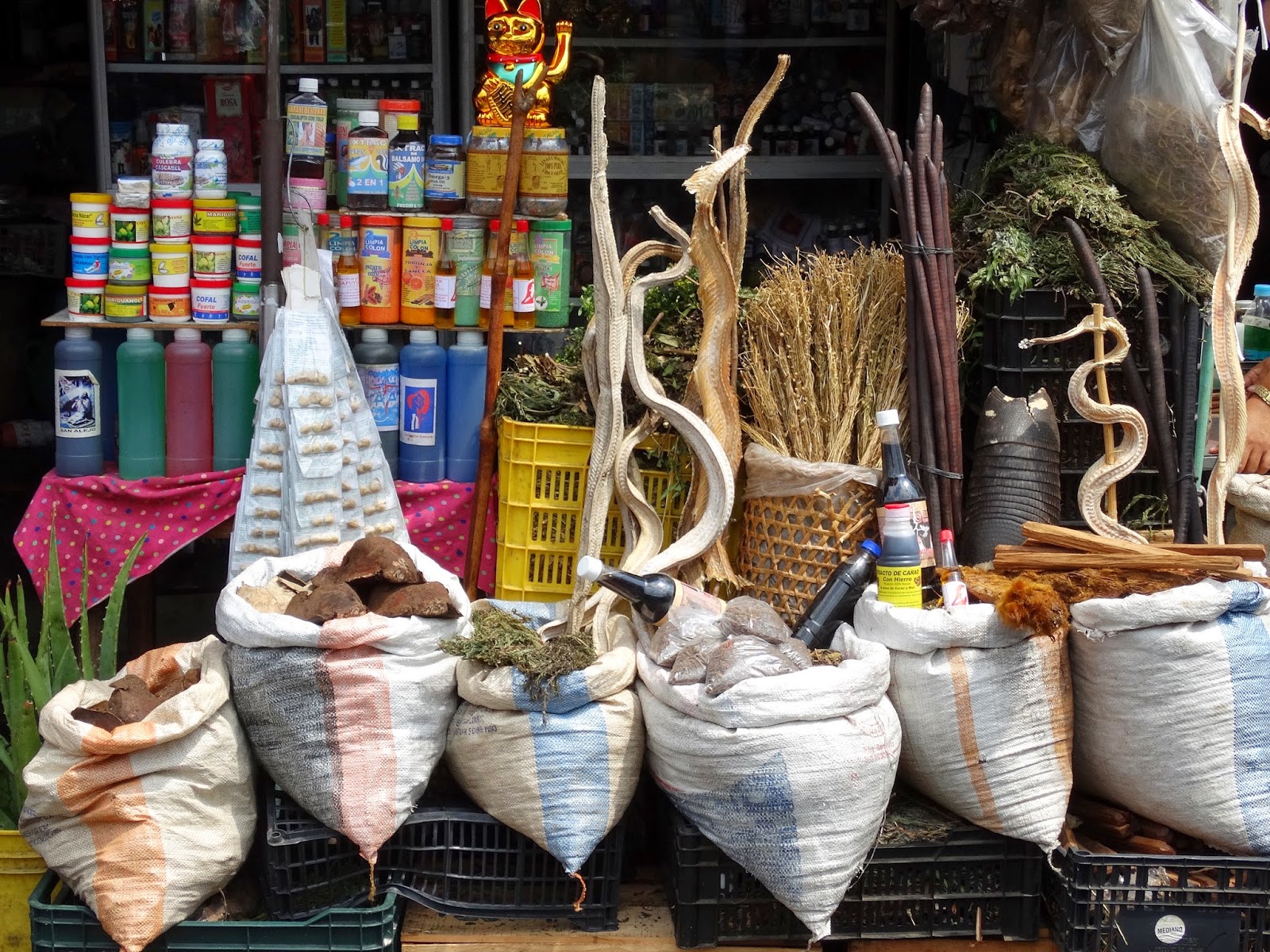 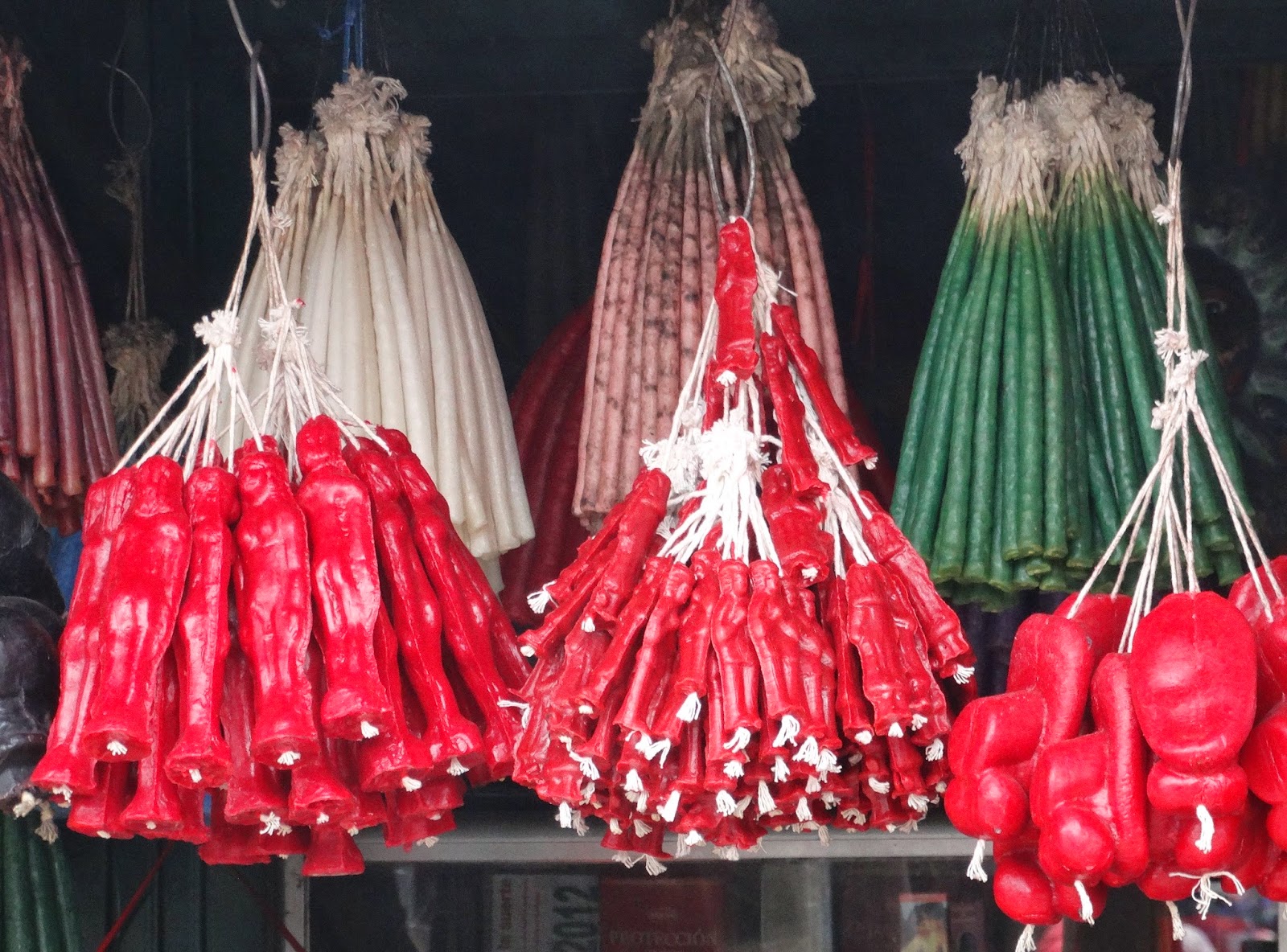 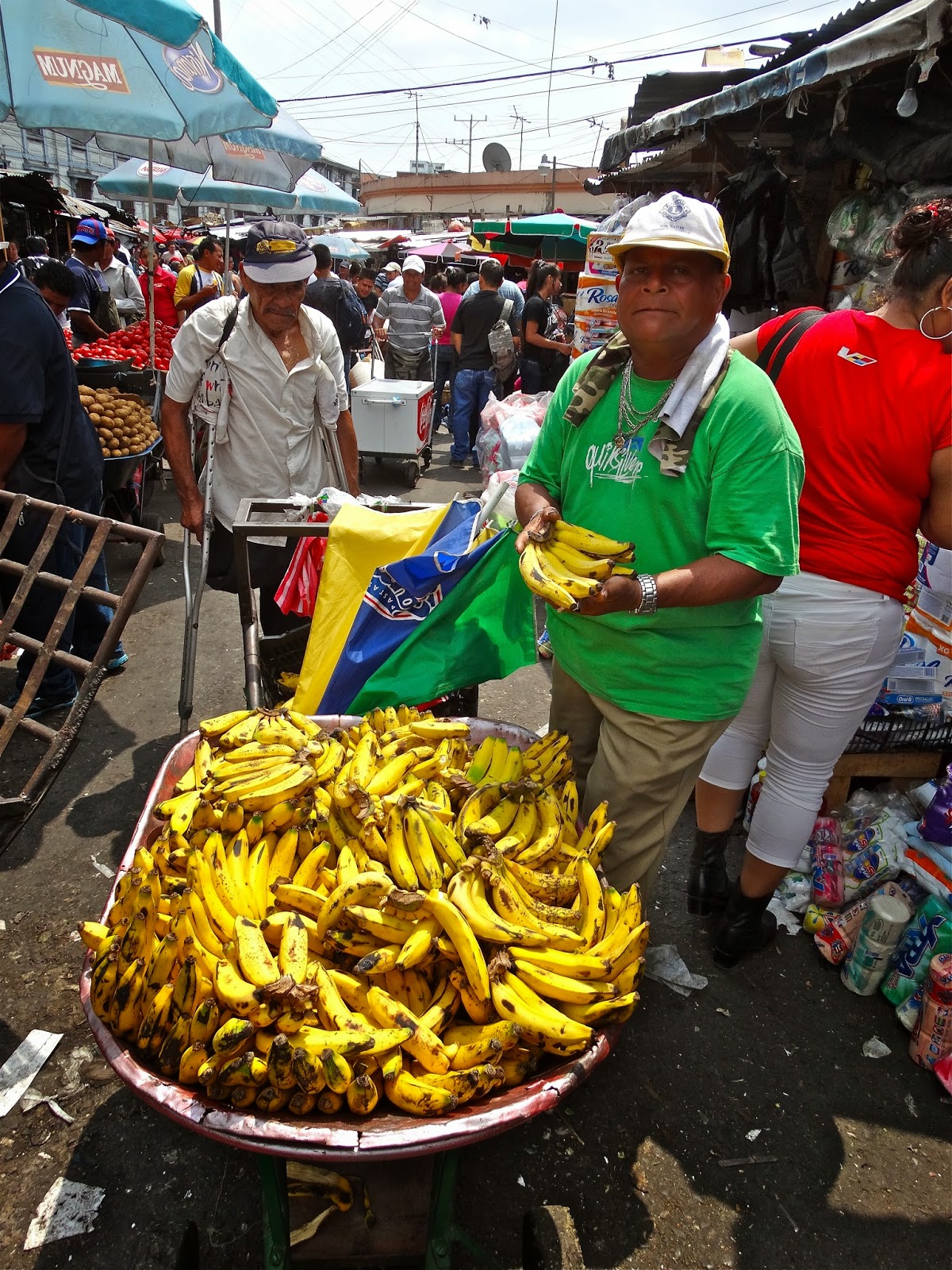 There is more downtown than the street markets. This is the Iglesia de Rosario, a significant architectural landmark of modern architecture designed by sculptor Ruben Martinez in the late 1960's. 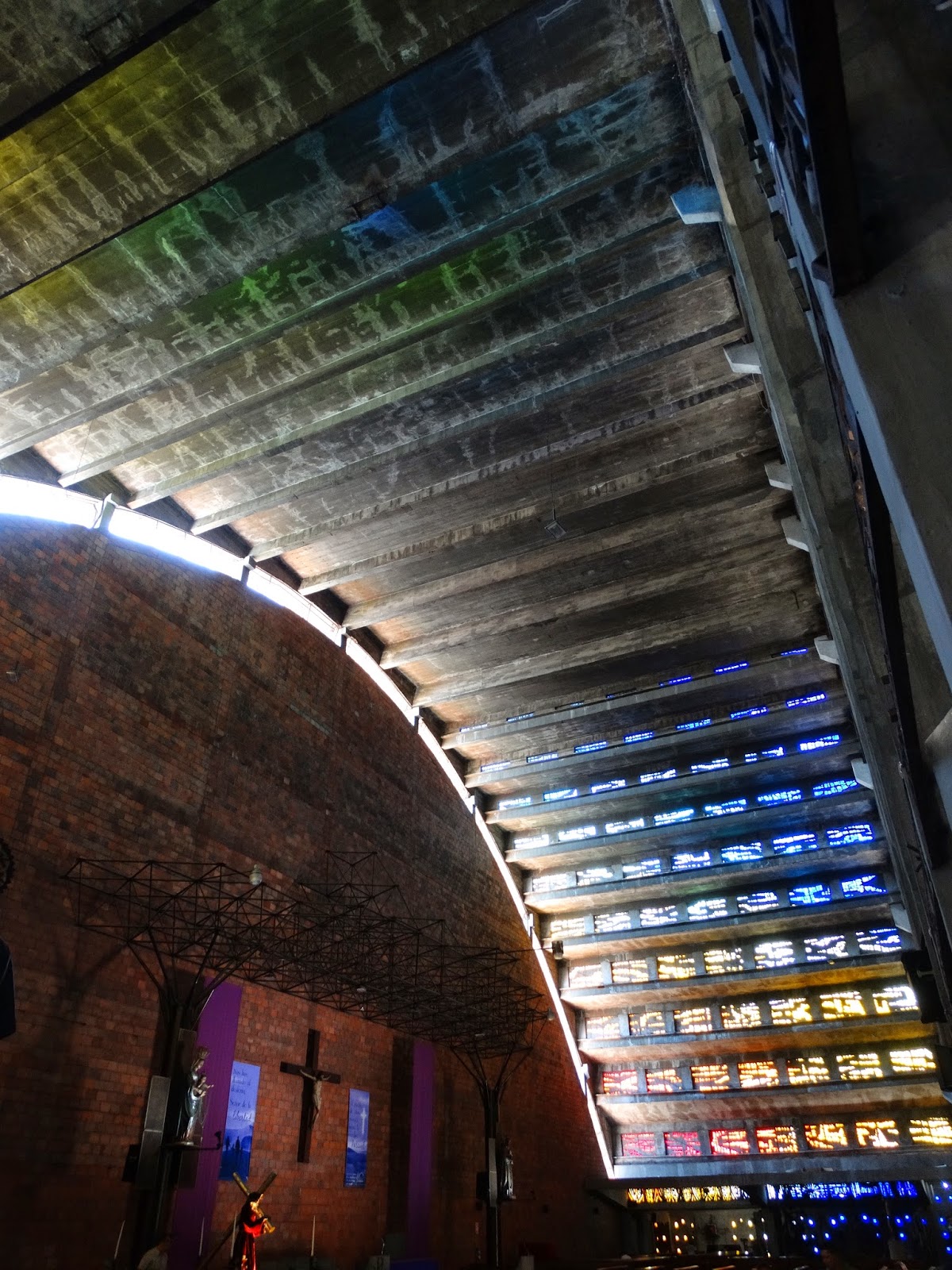 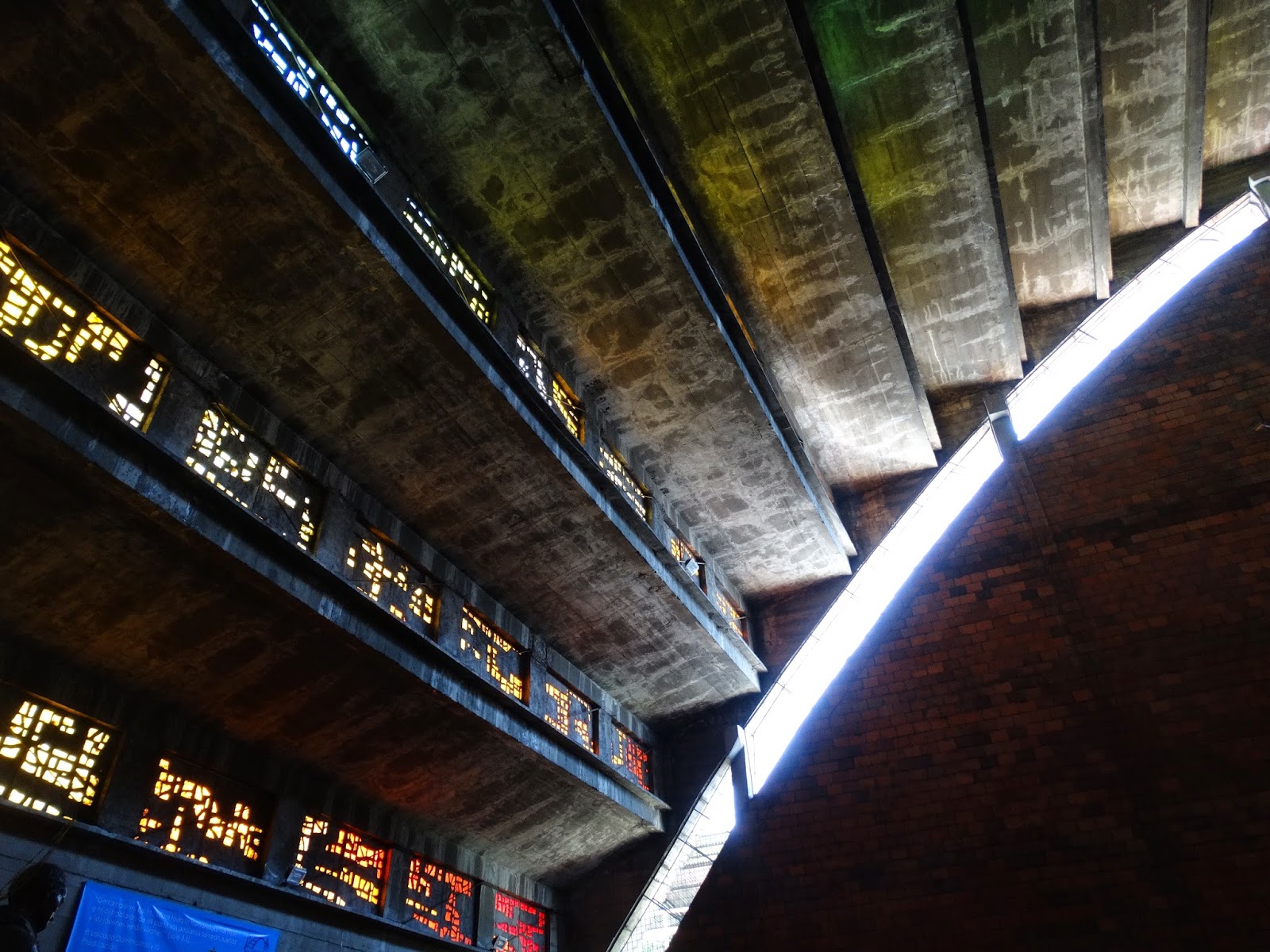 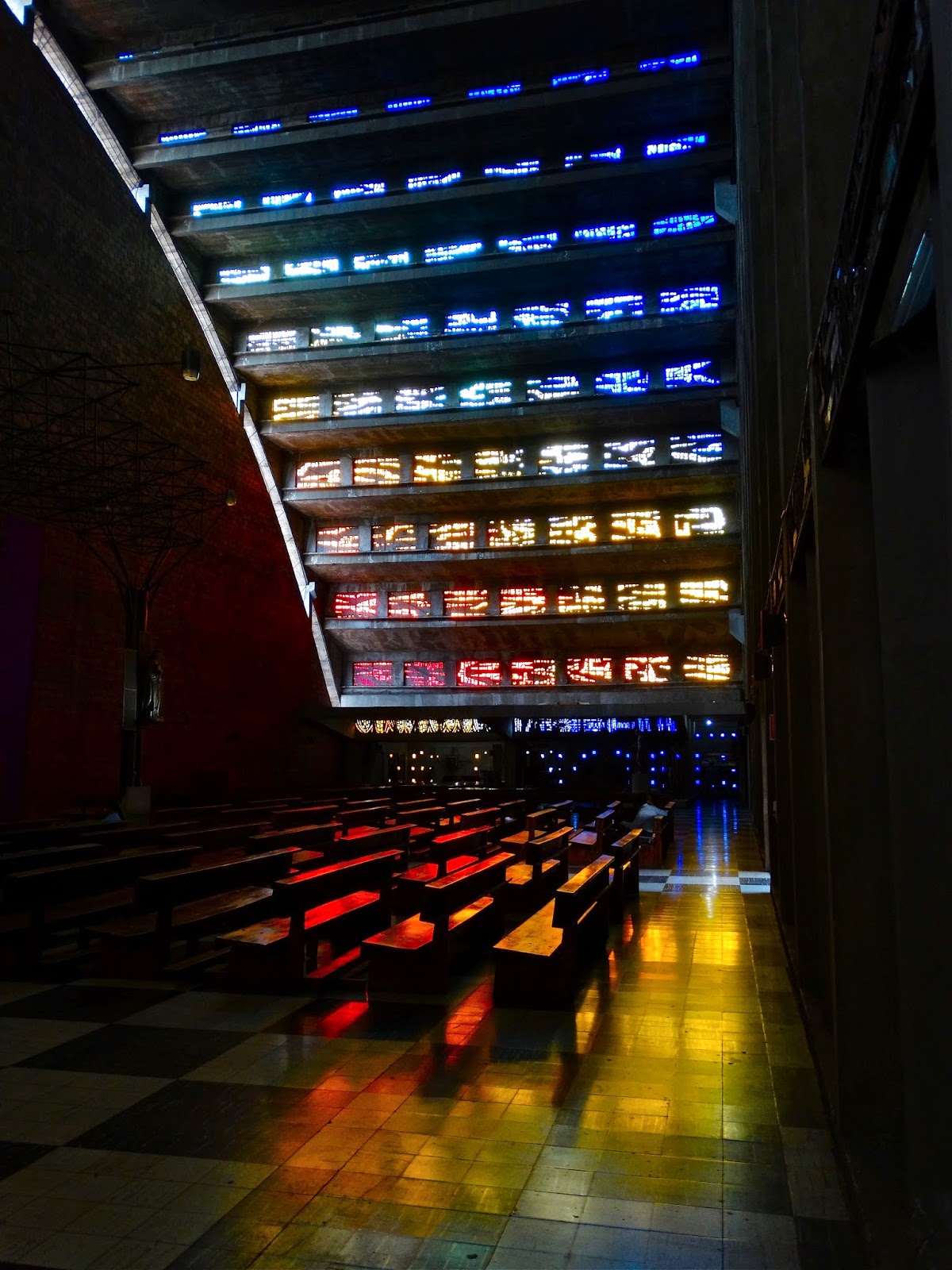 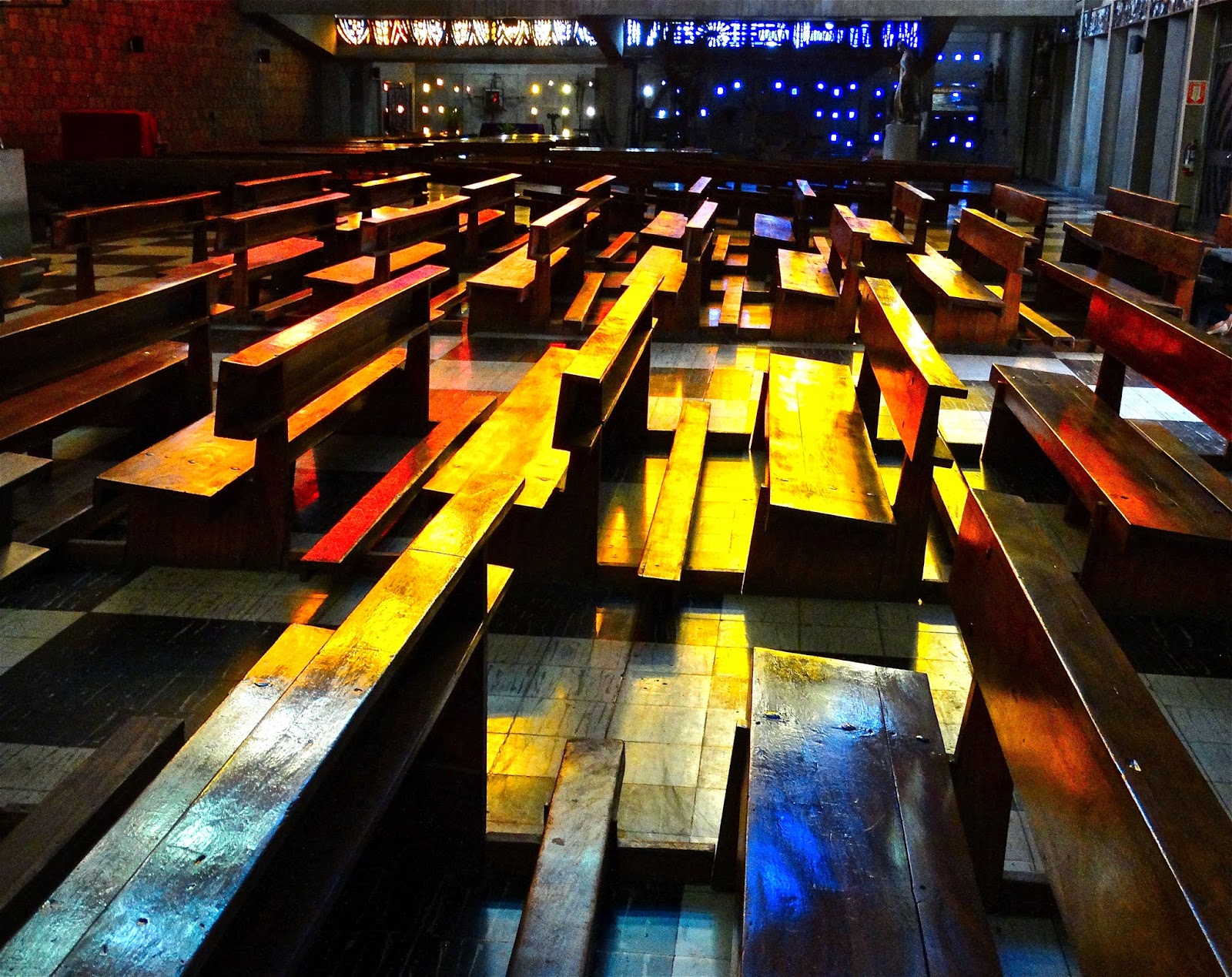 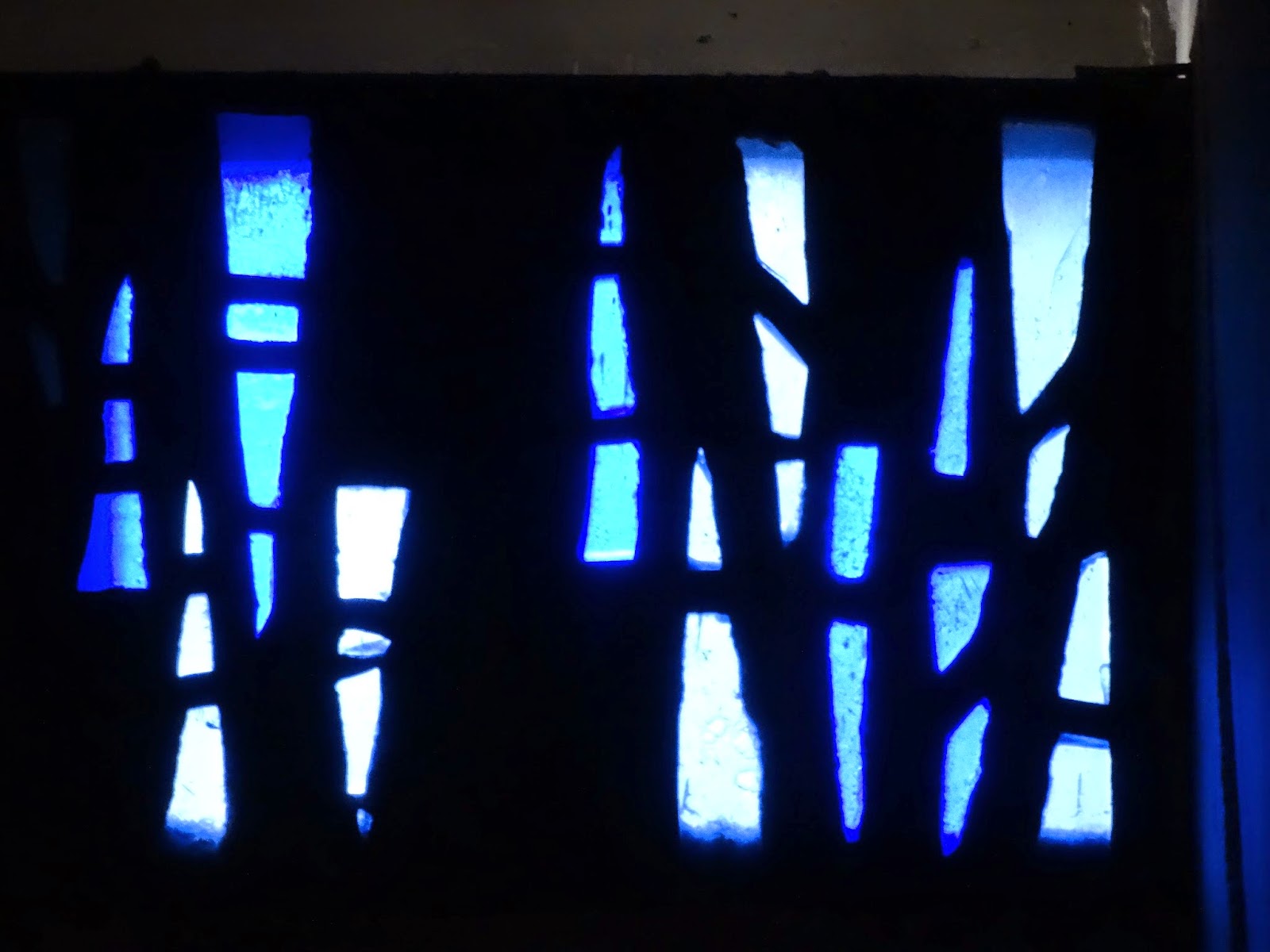 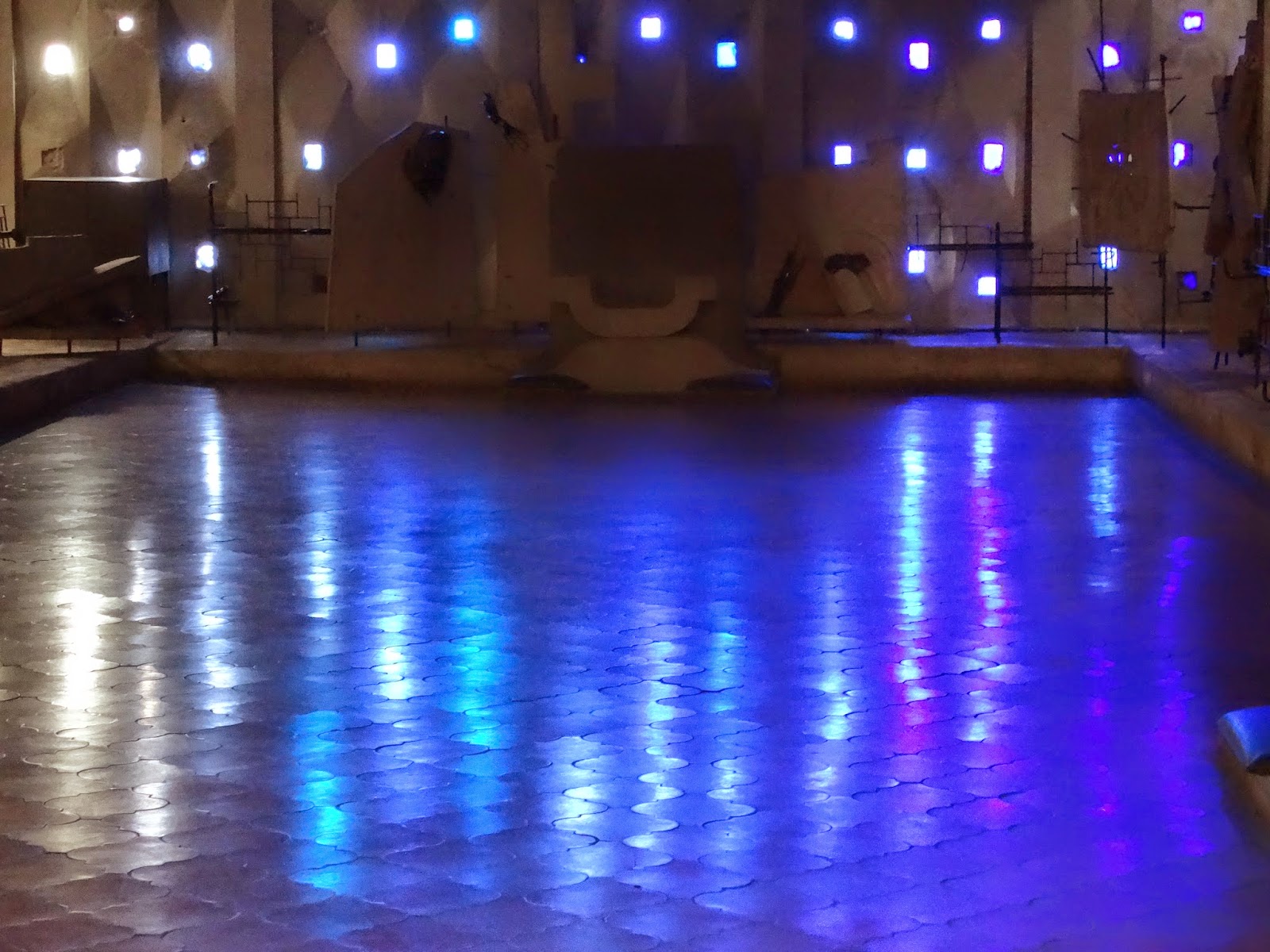 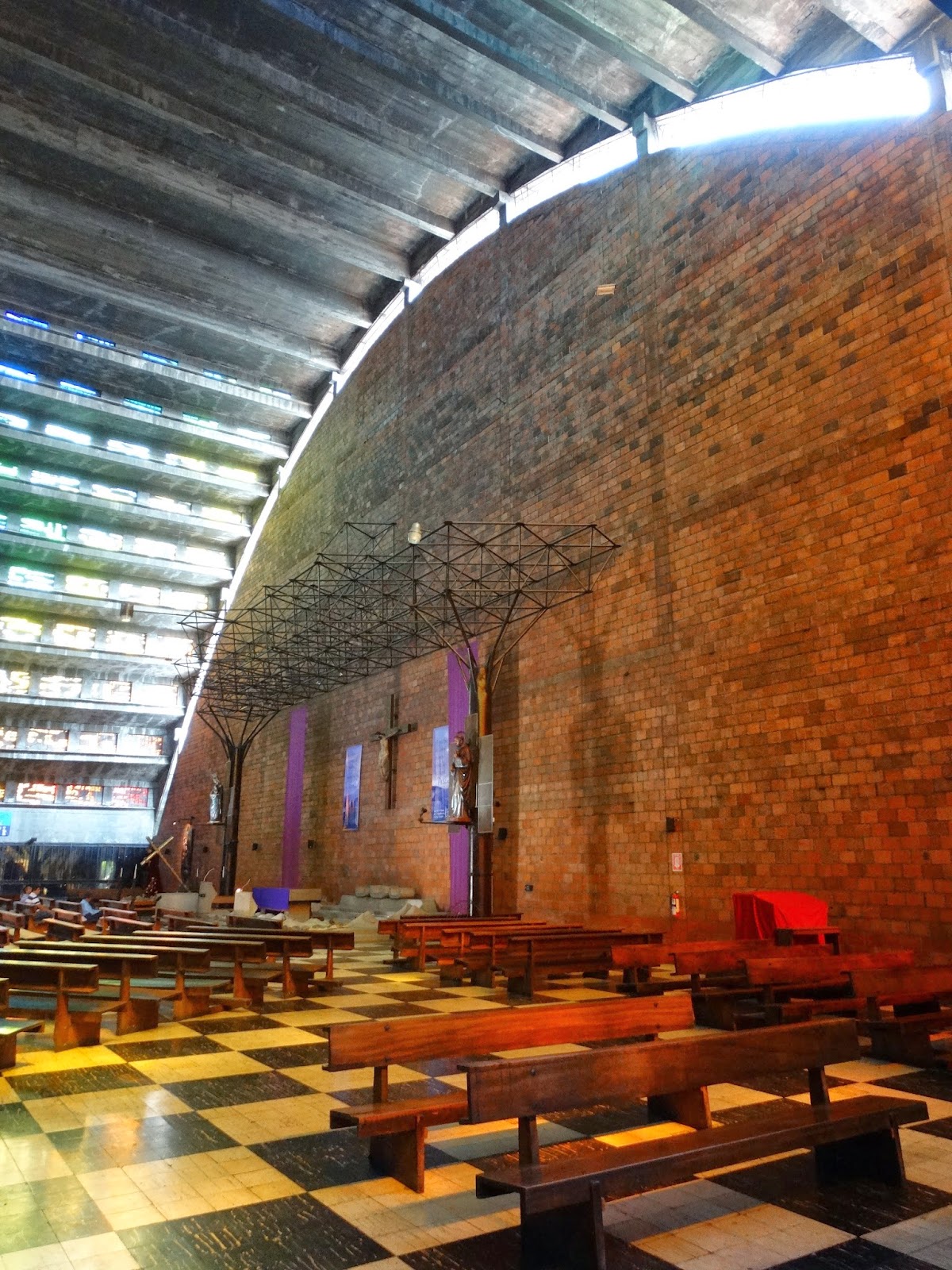 When I was teaching Third Grade at Bancroft School, in Worcester, Massachusetts, we usually did a unit on keeping a journal. Not so much a diary, which is personal, but a record of events in their lives. Our models were the journals kept by the New England farmers that we studied as part of our Central Subject. When kids were stuck with what to write about, I would remind them that those old farmers often wrote about what was most important to them, the weather. So, look out the window and write about what you see! In New England, if you don't like the weather, wait a minute. (Mark Twain?)

Here in El Salvador, the weather has a different pattern. First, it's summery all the time; second, it rains half the year, and is dry the other half. There are transition periods in between the two seasons, of course, when it might rain on any given day, or maybe not.   We are in that shift now, headed for rainy days after Easter (Semana Santa, the whole week is a celebration).  In addition, locals all have some weather lore about November being windy or April being extra hot; those patterns are still a mystery to me. But no one expected what happened last night and what has continued all day.

As I was going to bed I noticed that it was getting a little breezy. The cats were getting a little skittish about all the noises outside, and an unstopped door nearly chopped off a tail. When I was finally settled in to bed, another voice joined the chorus. A large metal gate in the backyard had not been secured, so of course it added an unpredictable base note as it whacked against the frame. Cursing whoever had left it open (not me), I got dressed and padded downstairs to lock it. When I opened the front door, I was greeted with a sharp blast of, dare I say it, cool air! As the winds had risen, the temperature had dropped.

Since it had been in the mid 90's at the pool when we went for a swim after school, this coolishness
was a pleasant surprise! We were in no danger of frostbite, though; it was probably between 60 to 65.
With the gate secured, I went back to bed, but noticed that the trees were raging wildly as the wind continued. With all of the background noises, it was not  a restful night of sleep. In the morning, which was a very early one, since we wake up in time to hear Emily's radio program on WHPK (5AM), a flashing clock indicated that we had lost power for at least a few minutes. I guess I did get some sleep, because I never noticed that the overhead fan had stopped.

The real surprise came when we headed down to school. The air was clear and shining with light. The sun was warm, but the lack of humidity was refreshing. The wind had moderated a bit, but gusts were frequent and strong. Throughout the day, the wind has continued, it's been warm, but the humidity has not returned. The locals are all scratching their heads. This is Autumn weather, not Spring. I missed October in New England, so I'll take whatever Fall I can get!!

I've had some adventures in downtown San Salvador, and many photos are ready to post.

Posted by Robert at 2:24 PM No comments: